Vision 2040 is a set of national development targets established by the Government of Uganda to achieve progress in key areas of society, including industrialization, human development index improvement and sustainable development. This is supported by Uganda’s National Development Plan (NDP), which stipulates the country’s medium-term strategic direction, development priorities and implementation modalities, as well as its current development status, challenges and opportunities. Vision 2040 is structured into six 5-year NDPs starting from 2010, which are developed and managed by the National Planning Authority (NPA), supervised by the Office of the Prime Minister (OPM).

The most recent iteration of the Plan is NDP III, “Sustainable Industrialization for inclusive growth, employment and wealth creation,” which is being implemented between 2020 and 2025. To help achieve the targets in NDP III, the government of Uganda has decided to leverage technology for effective monitoring and evaluation (M&E) of the process. Due to its extensive and successful use for health and education data management in Uganda, DHIS2 was selected as the platform to build an extensive web-based M&E system of interconnected software for data collection, analysis and presentation to support decision-making and further planning. The web-based M&E platform, which was designed and implemented by HISP Uganda and HISP Ethiopia, allows Ugandan authorities to monitor planning, budgeting and implementation at both central and local levels, in all areas of governance encompassed by the NDP.

The DHIS2-based e-government platform has 5 parts:

The NDP landing page is a custom application built to function on the core DHIS2 platform as a dynamic dashboard to showcase the summary of key results and provide performance figures against overall targets. It is also capable of being filtered to highlight specific indicators or targets. The results on the landing page can be exported into various formats for further analysis or presentation using other tools.

The target data entry feature is used to capture data for all Ministries, Departments and Agencies (MDAs} which are set up as organizational units in the DHIS2 e-government platform. Indicators relating to targets, inputs, outputs and intermediate results are configured into data sets for each MDA. For each indicator, users are able to specify baseline data and enter the target figure. The system calculates actual performance for each complete indicator and makes the record available for decision-making. The target and performance data entry modules enable users to upload supporting documents, including pictures for in-depth project reporting. The system also utilizes the reporting features of DHIS2 to generate visualizations of the data which are displayed in customizable dashboards to aid planning. So far, 11,327 indicators grouped into 5,553 indicator groups have been created on the platform. Additionally, 263 personnel drawn from government MDAs, public universities, the judiciary and development partners have been trained on the reporting module.

Some of the factors which have contributed to the success of the e-government system include total government buy-in and ownership of the system. The project is being driven at the highest levels of the central government and supported by officials in the finance ministry as well as the NPA. Furthermore, experience drawn from the successful use of DHIS2 to implement large-scale management information projects in health and education has provided transferable skill sets which contribute to the use of DHIS2 in this new context. The training of staff members in all the 151 MDAs in the country has also facilitated timely reports and analysis, further encouraging ownership and data use at all levels.

The long-term relationship between the Ugandan government and the HISP network has also proved instrumental, as both HISP Uganda and HISP Ethiopia aided the project through design and customization, implementation and capacity-building training. In addition, the core features of the DHIS2, including its flexibility and extensive customization capability, make it the ideal platform for building large-scale systems such as the Ugandan Vision 2040 e-government system. Finally, the project has leveraged the interoperability capabilities of DHIS2 to integrate the NDP III platform with other government initiatives including the Integrated Bank of Project (IBP) database which was connected to the DHIS2 system through a direct end-to-end exchange based on DHIS2’s web API. This enables the government to triangulate planning, budgeting and project management data into an effective public investment management system in Uganda.

Implementing a government-wide digital system for planning, monitoring and evaluation is a huge endeavor. The scale of customization required to build the platform and to keep up with growing, as well as changing indicators put a strain on the limited resources earmarked for the project. Also, government bureaucracy routinely slows decision-making and results in time wastage. Furthermore, the project was implemented in 2020, coinciding with the initial waves of the COVID-19 pandemic which caused disruptions, especially in training schedules for users across the country.

In spite of these challenges, important milestones such as the development of over 11,000 indicators across all government MDAs; training of staff from all MDAs in the country; and integration with the IBP have been achieved. To further enhance the utility of the system to the government, some identified next steps include improving coordination and engagement among stakeholders to harmonize requirements and feedback. Further integration of complementary systems from the Finance and National Planning ministries such as the Integrated Financial Management System and the Programme Budgeting System are also planned, in addition to the completion of key analytics features such as the Government Annual Performance Reporting dashboard. These enhancements will help to sustain local ownership of the system and foster a culture of data use.

The Government of Uganda, supported by HISP groups and the European Union, implemented a government-wide M&E system based on the DHIS2 platform to facilitate development planning, effective budgeting and program tracking in real-time. The system is helping the government manage many aspects of its Vision 2040 development goals aimed at “transforming Uganda from a peasant to a modern and prosperous country within 30 years.» The successes recorded by the system have been aided by high-level stakeholder participation, cooperative efforts of HISP groups and government agencies, and leveraging many features of DHIS2 including extensive interoperability, analytics and visualization capabilities. This use case showcases the broader applicability of DHIS2 beyond healthcare, as a digital tool for local and national e-governance.

Learn more about this project, ask questions and share comments on the DHIS2 Community of Practice. You can also watch a presentation on this project from the 2022 DHIS2 Annual Conference.

HISP Vietnam supports the implementation of an internationally recognized digital COVID-19 vaccine certificate in Laos based on EU standards. 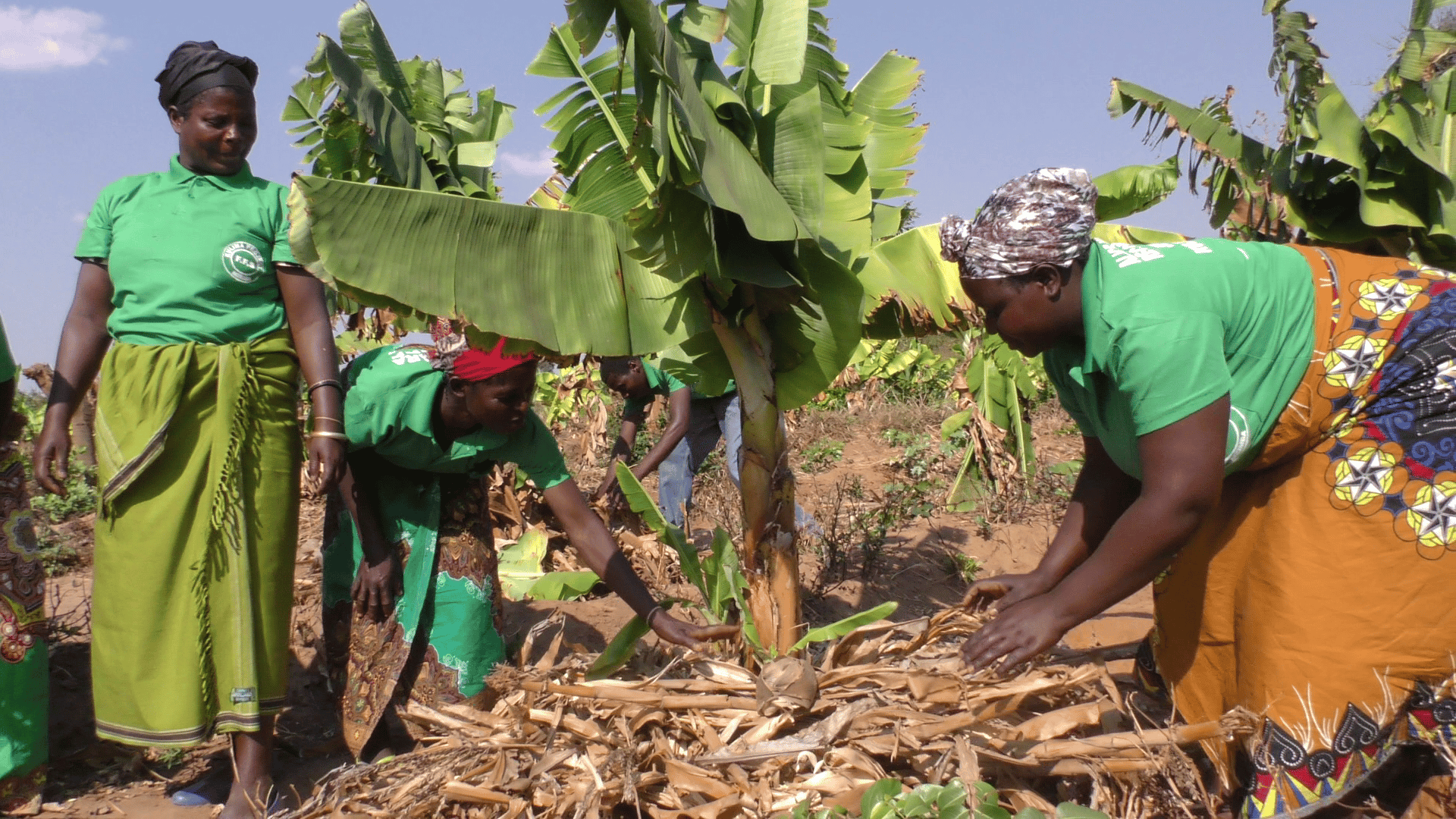 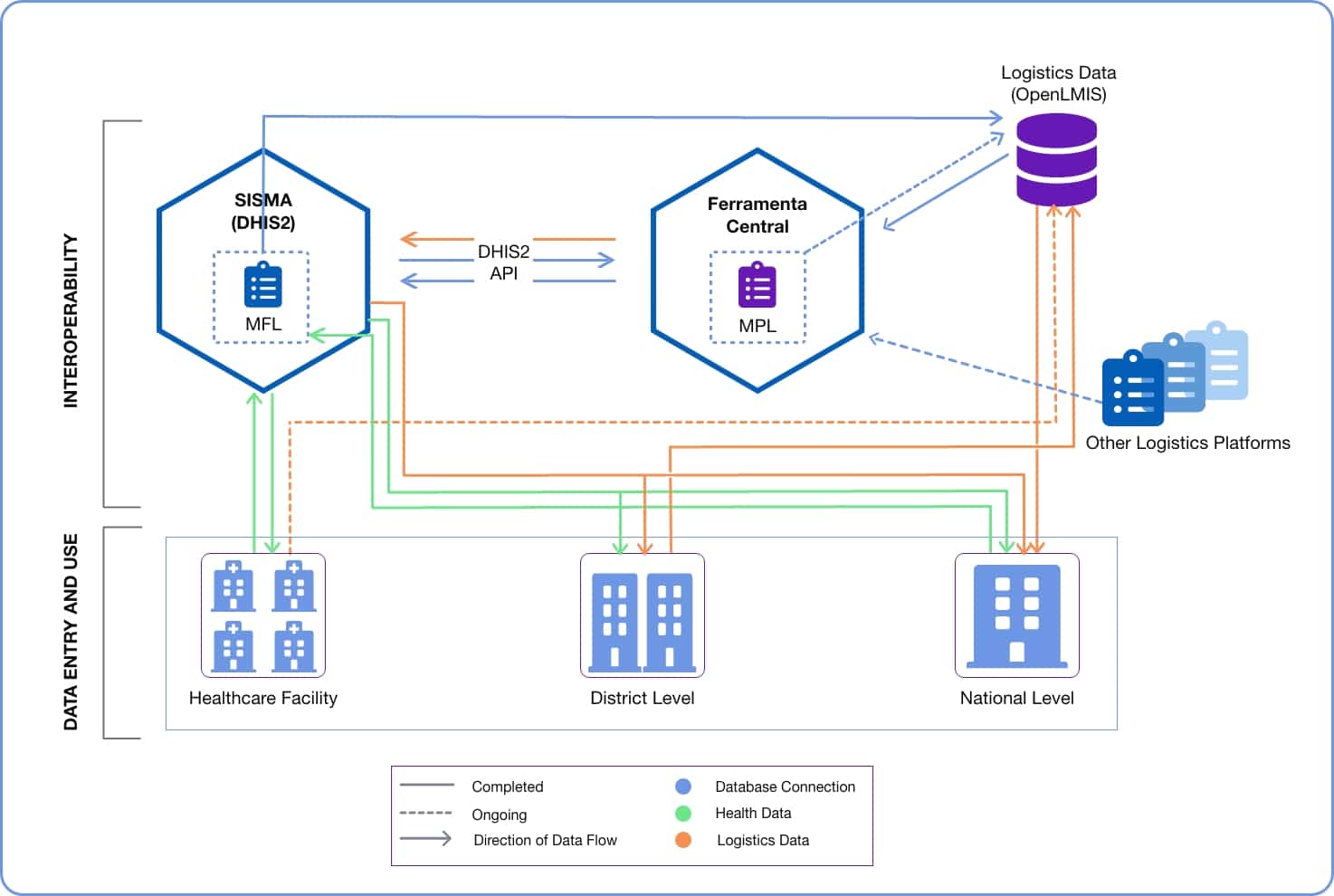 Harnessing the interoperability capabilities of DHIS2 to deliver life-saving logistics systems in Mozambique.

Donor agencies and implementing partners support the government of Mozambique to strengthen the country’s health logistics by interconnecting DHIS2 and other systems for electronic supply chain management.