Pakistan is prone to periodic flooding, especially during the monsoon season between April and September, when up to three-quarters of the country’s annual rainfall occurs. In 2022, the Minister for Climate Change reported that the country received 87% more rainfall than the annual average. Starting in mid-June 2022, torrential rains caused catastrophic floods in Pakistan resulting in the deaths of about 1,700 people and the displacement of an additional 8 million. With a third of the country still flooded as the end of the year approached, healthcare concerns, particularly water-borne diseases, continued to mount. Between July and October 2022, about 540,000 malaria cases were reported. Also, diarrheal diseases, dengue fever and measles outbreaks have occurred in different parts of the country.

Tackling these public healthcare challenges requires concerted efforts by multidisciplinary teams, sharing information in seamless collaboration. Consequently, the concept of Integrated Outbreak Analytics (IOA), which promotes cooperation through joint research, data collection, analytics and interpretation, was adopted as a means to help coordinate Pakistan’s response to this crisis. This use of IOA is further strengthened by the DHIS2-based HMIS already being used in Pakistan for routine disease surveillance programs. The data collected and visualized in DHIS2 has helped inform decision-making up to the level of the Prime Minister’s office, to provide a clearer picture of the impact of the flood on population health, and to inform investments in response activities and the distribution of hundreds of thousands of insecticidal nets, test kits, medicines, and other vital supplies.

In the face of the health emergencies caused by the flood, 19 key water-related diseases (water-borne, water-washed, and water-based) have been monitored closely in two of the most affected provinces in the country: Balochistan and Sindh. These diseases are tracked using the Integrated Disease Surveillance and Reporting (IDSR) system built in DHIS2. In the last quarter of 2021, the Pakistani Ministry of National Health Services, Regulation and Coordination (MoNHSRC) conducted a review of the IDSR with the support of the CDC and HISP groups. The review, which covered system configuration, server hosting arrangement and comparisons with WHO standard-based surveillance packages, has helped the MoNHSRC better utilize the DHIS2-based IDSR system in response to the floods.

Routine surveillance data for 33 priority diseases are collected weekly in all 54 districts in the country using the IDSR system and supervised by the National Institutes of Health, Pakistan (NIH). Likewise, emergency data required for effective responses to the floods are collected in DHIS2 in parallel to the routine data and analyzed in the same integrated instance for better monitoring. The current routine workflow is paper-based up to the district level, where the data is digitized and reported in the national HMIS.

Based on the principles of IOA, multiple groups, operating at different layers, collaborate by sharing data to drive relief activities and infrastructure repairs. At the district level, specialists including epidemiologists and disease notification officers, among others, interface with health facilities to collect data on both routine and priority water-related diseases. These data are forwarded to the provincial flood response centers where preliminary analyses inform limited province and district-level interventions. Health data, in combination with others relating to infrastructure, are then passed up to the National Flood Response and Coordination Center (NFRCC) and the National Institute of Health which jointly manage the national response and direct resource allocation.

At the national level, the joint coordination team is supported by international organizations including USAID and the CDC. The CDC has engaged the HISP Pakistan to strengthen data collection efforts and use at the provincial level thereby ensuring good quality data for intervention management at all levels. Meanwhile, USAID, through John Snow Inc (JSI), uses the collected data to guide its interventions in infrastructure repairs, particularly healthcare infrastructure required to sustain adequate emergency responses.

As the health emergency continued at the end of 2022, the plan for the country is to pave the way for the digitization of surveillance data from the lowest administrative level (health facilities and ad hoc internally displaced camps) in order to enter the data directly into DHIS2 via mobile tools (the DHIS2 Android app) or SMS, with configuration support from HISP Pakistan. While the analog-to-digital conversion proposal is still being evaluated, the nature and scale of the health emergency have already led to increasing the tempo of the reporting period from weekly to daily for the priority diseases. This increased frequency of reporting has helped the MoNHSRC and NIH monitor these diseases more closely, by generating more granular, up-to-date data that facilitates faster responses to outbreaks and other associated humanitarian challenges.

Although the rapid shift of reporting periods and diseases under focus has had some effects on data quality and completeness of reports, the gaps identified are being addressed with extra supervision and training efforts in order to sustain the collection of high-quality data. The daily surveillance data is directly synched in real-time to the DHIS2 dashboard accessed in the Prime Minister’s office to aid timely evidence-based decision-making and prompt interventions where necessary.

Due to a lack of historical data on the 13 priority water-associated diseases during similar floods in the past, analysis of current surveillance data is done in contrast with past routine data available in the IDSR repository. The data is subsequently visualized in an integrated public DHIS2 dashboard developed by HISP Pakistan and HISP Centre at UiO in collaboration with TECH/IT Department of NIH, and triangulated on a weekly basis to obtain a clear picture of the impact of the floods on the health status of the population as well as the degree of disruption of the health infrastructures and services.

Moreover, daily bulletins are created and shared with the National Flood Response & Coordination Center to provide the most up-to-date snapshot of the situation. With the help of DHIS2, the optimized data flow has resulted in more investments in response activities, such as the creation of testing facilities and new internally displaced persons (IDP) camps. Medical and emergency logistics systems have also utilized the data to streamline the supply of vaccines, drugs, water, sanitation and hygiene needs to homes and camps. Finally, good data visualization enhanced by the DHIS2 IDSR has enabled responders to give more immediate attention to the most at-risk areas by relying on preset alerts and observing the progression of peaks in the visualized data.

Data-informed planning and intervention efforts facilitated by the DHIS2 IDSR.

So far, information provided by the DHIS2 IDSR has helped MoNHSRC and NIH to coordinate responses to flood-related health emergencies. These include a mass distribution campaign for long-lasting insecticidal nets (LLINs) which was conducted in 13 flood-hit districts by the provincial disaster management authority. Another 600,000 LLINs provided by the WHO were handed over to health authorities in Sindh and Balochistan provinces for subsequent distribution to displaced populations in flood-affected districts. Further team deployment efforts to support vector surveillance have also been guided by data generated in DHIS2.

Finally, the MoNHSRC, NIH and global health partners have mobilized large amounts of rapid diagnostic tests (RDTs) kits and medicines for the treatment of identified disease cases. Data from the IDSR has been relied upon for distribution planning to ensure they get to the worst-hit areas promptly. For example, the distribution of about 230,000 RDTs kits provided by the WHO for malaria, acute watery diarrhea, dengue, hepatitis A & E, and chikungunya was informed by the DHIS2 IDSR data.

A version of this article was included in the IOA Field Exchange Volume 5 in December 2022. Ask questions and share your comments about this project on the DHIS2 Community of Practice. 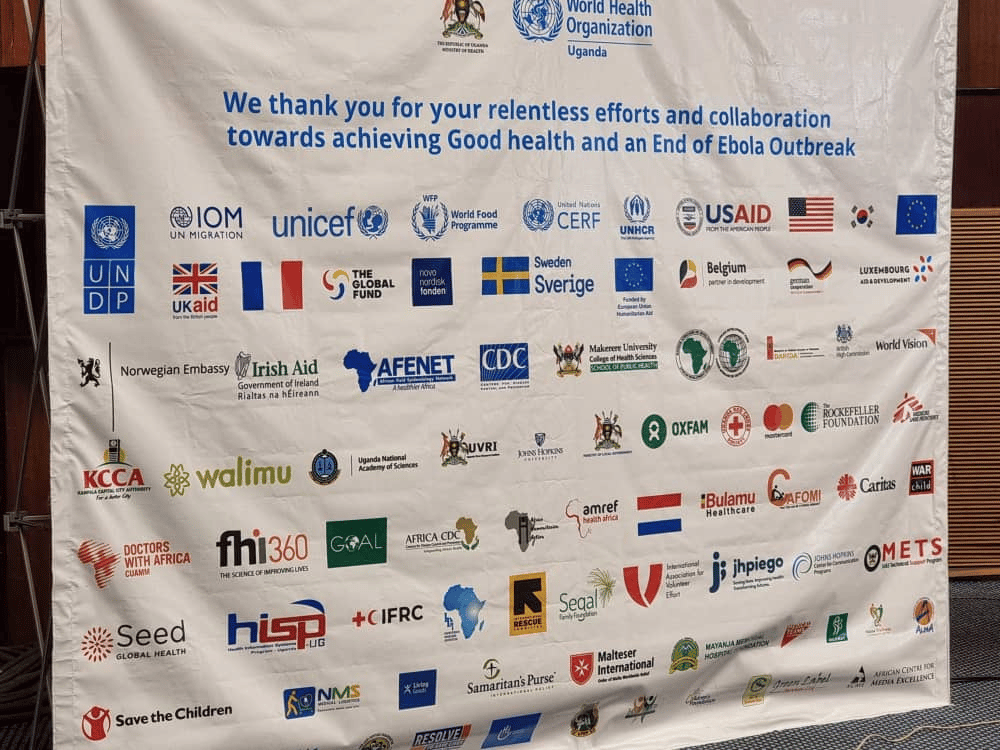