Eswatini is a country of about 1.2 million people located in the southern part of Africa. The country is almost entirely surrounded by the much larger Republic of South Africa and also shares a short border with Mozambique. Despite a much smaller GDP relative to other African countries, Eswatini is significantly committed to providing quality and accessible education to its population. In the last 40 years, Eswatini has spent an average of 21% of total annual government expenditure on education, consistently meeting the minimum recommended by successive international education management guidelines, including SDG4. Over the years, these efforts have translated into measurable progress in education in Eswatini. For example, the Kingdom has an average basic education teacher-learner ratio of 1:28 compared to an average of 1:58 in sub-Saharan Africa. These outcomes are also notable in other essential indicators such as a net enrollment rate of 83%, low out-of-school children numbers and a youth literacy rate of 96%.

Much of the successes Eswatini has recorded in education are attributable to good data-backed planning and management supported by an effective Education Management Information System (EMIS). Since 2008, the Ministry of Education and Training (MoET) has implemented a centralized, access-based digital EMIS managed by the EMIS Unit within the ministry. Over the years, this system facilitated the generation of usable statistics such as the annual education census report that make education planning easier. The digital EMIS system did, however, have some drawbacks, such as the absence of decentralized data entry and the lack of support for a number of indicators in the new MoET priority areas, including Early Childhood Care Development (ECCDE), Special Needs Education (SEN), Care and Support for Teaching and Learning (INQABA), sector response to HIV and AIDS nutrition, and the overall mandates of the ministry as directed in the National Education and Training Improvement Program (NETIP II).

In response, the MoET transitioned to a DHIS2-based EMIS with the support of UNICEF, UiO and regional HISP groups. The new decentralized EMIS utilizes a personal identification number (PIN) and demand response system to provide individual-level data through the DHIS2 Tracker application, making useful metrics accessible at all sub-sector levels of the educational system. It also supports interoperability with other government systems, facilitates essential reporting and provides critical data for planning.

The DHIS2 EMIS pilot in Eswatini started with an inception meeting among key stakeholders and partners led by the MoET. Information systems and education experts from the HISP Centre at the University of Oslo (UiO), UNICEF and HISP groups. The MoET staff established a framework for the project and outlined the desired system model for data collection and analysis. Key to the successful implementation of this pilot was massive stakeholder buy-in at all levels, a needs-based approach and continuous capacity building of the MoET teams by the technical experts for sustainability.

Top management buy-in, user-driven approach and extensive collaboration: The need to upgrade the Eswatini EMIS system to a DHIS2-based platform was initiated by the MoET with support from UNICEF. The ministry identified limitations within its existing system in areas of data reporting and coverage of priority indicators which are important both for local management of education and effective cooperation with regional and international organizations for education promotion. As a result, the University of Oslo and HISP Uganda were hired as technical consultants to support the review and revamping of the existing EMIS using the DHIS2 platform.

The significance of this user-initiated approach is that the project development is needs-based and locally driven, which makes it easier to design a sustainable system that meets local needs. For example, the MoET opted to integrate the national Personal Identification Number (PIN) system into the EMIS to ensure accurate individual-level data. This process could only have been possible with top leadership buy-in into the initiative. Similarly, effective cooperation by government agencies ensured that the EMIS data is planned to be domiciled within the National Data Centre at the Royal Science and Technology Park, thus ensuring the availability of an appropriate computer, power and network infrastructure as well as technical capacity to support the EMIS servers. The successful transition to the DHIS2 EMIS in Eswatini exemplifies the importance of effective collaboration with interest groups, technical experts and key stakeholders leading to the development of tools that support local planning and meet management needs.

Data tools review for standardization and harmonization: A thorough review of the UNICEF EMIS Assessment Report, indicator matrix, existing EMIS data collection tools and other documents like AEC reports helped the team forge a road map for the pilot. This was followed by revisions and updates of the data collection tools to align them with the MoET objectives and the SDG4 goals. The updated tools including those for the Annual Education Census (AEC), Termly Data Collection, Early Childhood Care Development & Education (ECCDE) and the 16th School Day Survey were customized in DHIS2 for effective data collection and analysis. Subsequently, the team conducted field testing of the tools in selected pre-primary, primary and secondary schools, using feedback and recommendations for a final revision of the paper-based tools. Legacy data from the previous EMIS was also imported in the new DHIS2-EMIS and visualized on the dashboards for trend analysis of the sector performance tools and system fine-tuning.

Multi-modal methods for sustained capacity building of MoET staff: The process of piloting the DHIS2-based EMIS in Eswatini began just before the onset of the COVID-19 pandemic. As a result, most of the initial planning, development and training activities were worked on remotely utilizing online platforms. After the data tools review process, the HISP team organized an online introductory training on DHIS2 customization to help MoET staff develop internal capacity to improve on the EMIS as their needs evolve. Continuous capacity building and knowledge transfer were further encouraged with the introduction of the self-paced online DHIS2 Fundamentals course. Following the easing of travel restrictions, HISP Uganda facilitated an in-person training on data capture, analysis and presentation for MoET staff in November 2020. Additionally, HISP Mozambique (Saudigitus) conducted hands-on training on server administration and configuration which facilitated the transfer of the system from HISP development server to the MoET production server. The network of HISP developers and EMIS experts at UiO has continued to provide remote support and guidance amidst the efforts by MoET to scale the system nationwide.

Measurable impacts of the DHIS2 EMIS in Eswatini: Decentralized data collection and use, enhanced analytics for management support and simplified education development reporting.

The upgraded EMIS based on the DHIS2 platform has improved many aspects of educational planning and management in the pilot districts since its launch in 2020. The PIN model adopted for the system, coupled with the enhanced data tools has leveraged the multi-level data collection ability of DHIS2 to promote decentralized data collection, validation, analysis and use. Before the DHIS2 EMIS was implemented, data was collected on paper-based annual AEC forms and entered centrally into the EMIS at the MoET. This practice slowed data collection and entry and was prone to errors causing data quality issues. With the upgraded DHIS2 EMIS, an expanded range of data is now collected and entered at the point of generation (schools) and these data are immediately available for analysis, visualization and use. Likewise, access to data has been decentralized so that schools, districts and regional administrators can access relevant contextual educational data tailored to their own level, thus, encouraging local data use at all levels.

"Before the DHIS2-EMIS system, every year, we used to fill those very long forms for learners and staff, but it was hard to analyze or even use our data at the school level."

The system has also made an impact at the central level of the education system, where data from Eswatini’s EMIS is used by various departments for planning and resource allocation, as well as for advocacy purposes by civil society organizations. This includes using data from the PIN-driven system to improve services to specific groups such as vulnerable children and orphans. Due to the success of this pilot, Eswatini decided to adopt the DHIS2 EMIS at the national level, beginning this process in late 2022.

To learn more about Eswatini’s DHIS2 EMIS experience, read a detailed assessment of the project, and watch a video with stakeholders from the MoET EMIS team, UNICEF country office, teachers, and other stakeholders discuss the project in their own words: 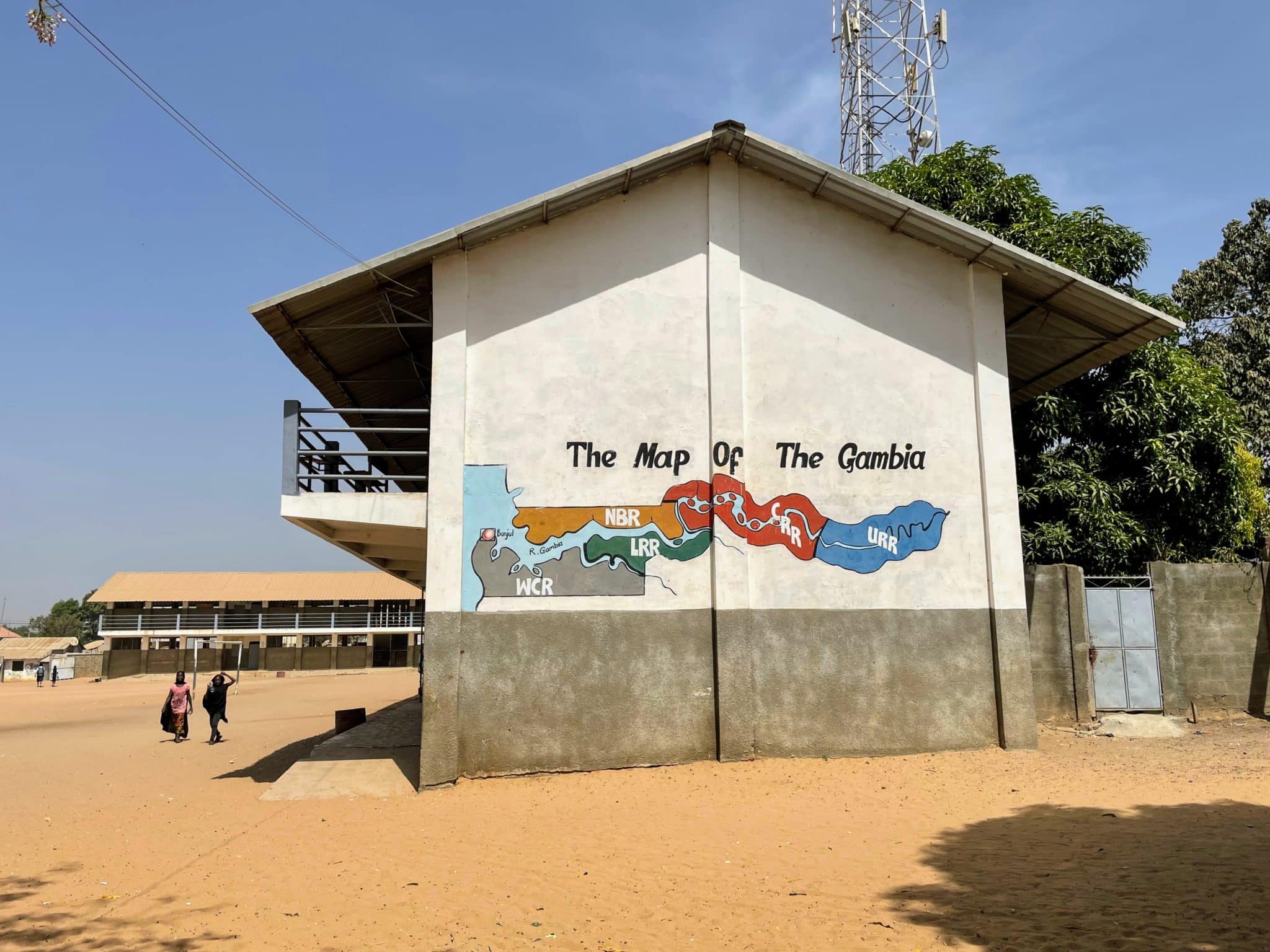 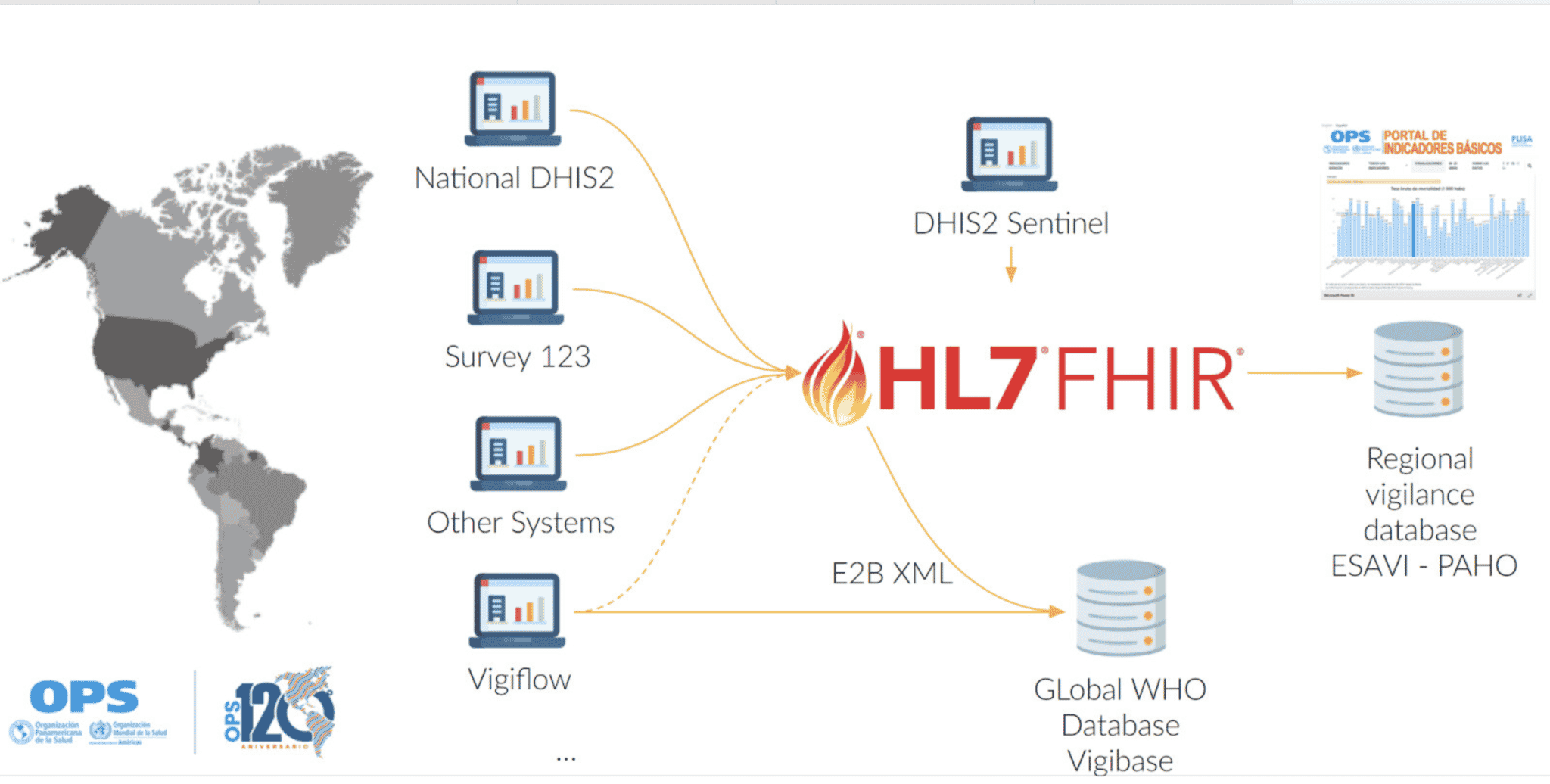 PAHO pilots DHIS2 to strengthen vaccine safety in the Americas

In the context of the COVID-19 pandemic and vaccine introduction efforts, the Pan American Health Organization has focused on strengthening pharmacovigilance following immunization.