In Norway, all municipalities are responsible for pandemic readiness and response. When the COVID-19 pandemic hit Norway in March 2020, it quickly became clear that there were no digital health tools available to help local authorities organize their disease surveillance. One public health employee in the city of Tromsø, who had previously studied with HISP UiO, reached out to the DHIS2 team to inquire about the DHIS2 COVID-19 metadata packages developed and disseminated by the HISP network.

Other municipalities, led by Asker, showed interest in the initial work done by UiO and Tromsø, and in response to the growing demand for digital tools, the Norwegian Association of Local and Regional Authorities (KS) decided to take on responsibility for developing a generic contact tracing tool. The new service for tracing Covid-19 was named Fiks smittesporing, utilizing DHIS2 Tracker and dashboards that any Norwegian municipality could take into use. KS worked with the core DHIS2 team at UiO on system configuration, which included integration with several government databases to increase speed and accuracy of data entry and facilitate cross-cutting analysis. By June 2020, just three months after the first COVID-19 cases were registered in Norway, KS’s DHIS2 system was ready for municipalities to take into use. By the end of 2021, more than 3,000 users in 130 municipalities were using Fiks smittesporing, registering more than 330,000 people and over 1,500,000 events in Tracker.

Testing and contact tracing have been significant components of the Norwegian strategy for controlling the spread of COVID-19. The first version of the Fiks smittesporing was based on the standard Tracker program for COVID-19 surveillance, translated into Norwegian and adapted to meet local needs and workflows. In a standard process, a person who received a positive COVID-19 test result would be registered in DHIS2 as a Tracked Entity Instance (TEI), and a contact tracer would call them on the phone to follow up, collecting information on their close contacts during that phone call and registering them as TEIs in DHIS2 that were linked to the index case using the relationships feature.

However, it quickly became clear that the amount of data entry required for contact tracing could be overwhelming for the municipalities. In addition, entering contacts based on information relayed verbally over the phone resulted in some data entry errors. To address this, KS developed a self-registration feature for close contacts. Using this feature, contact tracers can send an SMS with a link to a secure, web-based form to people who have tested positive that allows them to enter their personal contacts directly online. Once entered into the form, this information automatically creates (or updates) corresponding records in DHIS2.

“Before we took the service into use, residents had to wait on the phone on hold for several hours. Now, the waiting time is much reduced, and the municipality saves valuable time due to residents registering themselves.”

At the end of 2021, as the third wave of COVID-19 cases hit Norway, KS started deployment of another innovative feature to address the fact that self-testing was becoming an increasingly important part of the Norwegian strategy. Municipalities that use this feature can allow individuals to register their own rapid test results through an online portal, which then creates an index case record for them in DHIS2, at which point they are entered into the contact tracing workflow. Parents can also register positive test results for their children. Both self-registration of contacts and rapid test results is done through the public facing citizen portal maintained by KS. Citizens and residents can log on using Norway’s national electronic personal authentication system (ID Porten).

Travel restrictions have also been a part of Norway’s strategy. At various points in time during the pandemic, incoming travelers have been required to go into quarantine, either at home or at designated facilities (such as quarantine hotels). To support municipalities that are required to enforce quarantine rules – and contract tracing for incoming travelers – KS deployed a port of entry module alongside Fiks smittesporing, which shares the same TEIs as the contact tracing programs. In some municipalities, the local authorities responsible for monitoring quarantine adherence use a line-list from DHIS2 to guide their work. This system also pulls in data from Norway’s electronic arrival registry, one of many integrations built into Fiks smittesporing. This helps improve accuracy and speed of data entry, and facilitates tracking of individual cases across various fields.

Norway is a highly digitized society. Norwegian citizens and residents are registered in electronic population databases, and can access the majority of public services through ID porten, a secure electronic login and authentication system. The Norwegian health system uses a variety of digital tools to capture patient details and monitor public health, including a national vaccine registry. Travelers entering Norway are also registered as mentioned above. In designing the service for COVID-19 surveillance, KS wanted to take advantage of this digitization for more effective data capture and triangulation. This required the integration of DHIS2 with a number of different electronic registers, including:

Because this system handles personally identifiable information (PII) and potentially sensitive health data, both of which are protected by Norwegian and European law, the privacy and security of the system were critical concerns. KS performed a risk assessment during the design of the system — as well as a GDPR analysis — and found that DHIS2 in the use case examined would be both secure and GDPR compliant.

Developing local capacity to scale and sustain DHIS2, and contributing to the common good

While DHIS2 development is led by the HISP program at the University of Oslo (UiO), DHIS2 had never been deployed by a public authority in Norway – or in any other European country – before the start of the COVID-19 pandemic. In order to deploy, scale and maintain the system, KS needed to build local DHIS2 capacity from scratch. While HISP UiO provided initial configuration support and training guidance, KS quickly took the lead in designing and delivering user training, and offered an end-user help desk as part of the service. They also built up a team of developers and implementers, allowing them to make additional modifications and expansions to Fiks smittesporing, and maintain the system largely without UiO support.

This in-house capacity will allow KS to continue using DHIS2 even after the COVID-19 pandemic is over – their long-term plan is to build on their work on Fiks smittesporing to design a general purpose system for pandemic response that will be available to Norwegian municipalities to increase their readiness for future crises. Their work also has the potential to provide benefits outside of disease surveillance, including facilitating greater integration of digital tools. Much of the integration work they have done has involved the development of generic APIs that other software developers could use to integrate new software systems into several of Norway’s primary public-sector registers. Some of these APIs developed by KS are already being used by a competing COVID-19 contact tracing solution (ReMin, which was also built on a DHIS2 Tracker backend) to connect to the national registers.

The work of HISP UiO to support KS has also brought benefits to the global DHIS2 community. For example, the OpenID Connect feature introduced in DHIS v2.35 was developed in direct response to needs in the Norwegian system to allow health workers to sign on using their existing digital credentials. The process of translating the entire DHIS2 system into Norwegian for the first time has also led to improvements in the localization workflow, which benefits DHIS2 implementations in other global language communities. Above all, Norway’s use of DHIS2 via KS and Fiks smittesporing shows how open-source tools and innovations developed in partnership with the global south can be easily adapted to meet the needs of wealthier societies as part of a global cycle of shared innovation for the benefit of all.

Read more about Fiks smittesporing on the KS website. 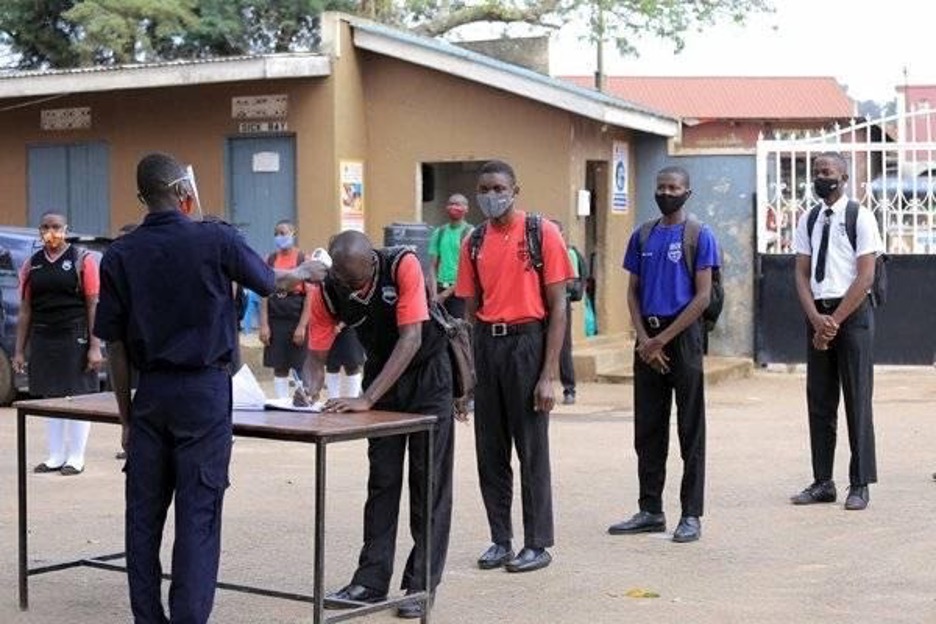 After almost two years of school closure due to the pandemic, the nationwide rollout of DHIS2 for school COVID-19 surveillance by SMS supported Uganda’s Safe Schools Reopening strategy 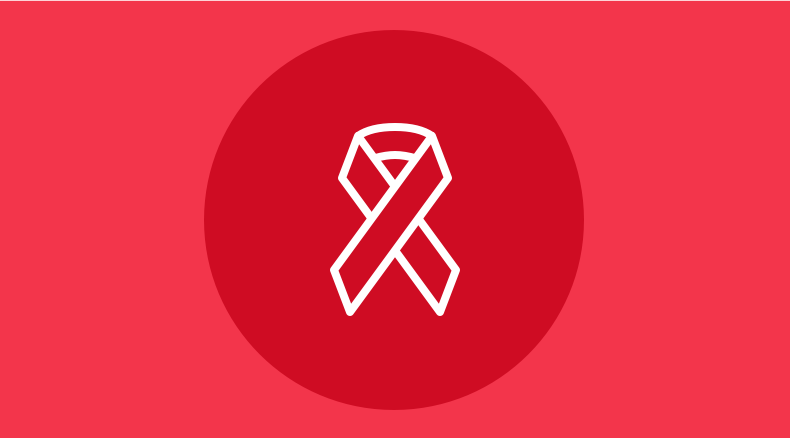 The HISP network has worked with Zimbabwe, UNDP and the Global Fund to configure a DHIS2 system to support HIV prevention and treatment programs for adolescent girls and young women 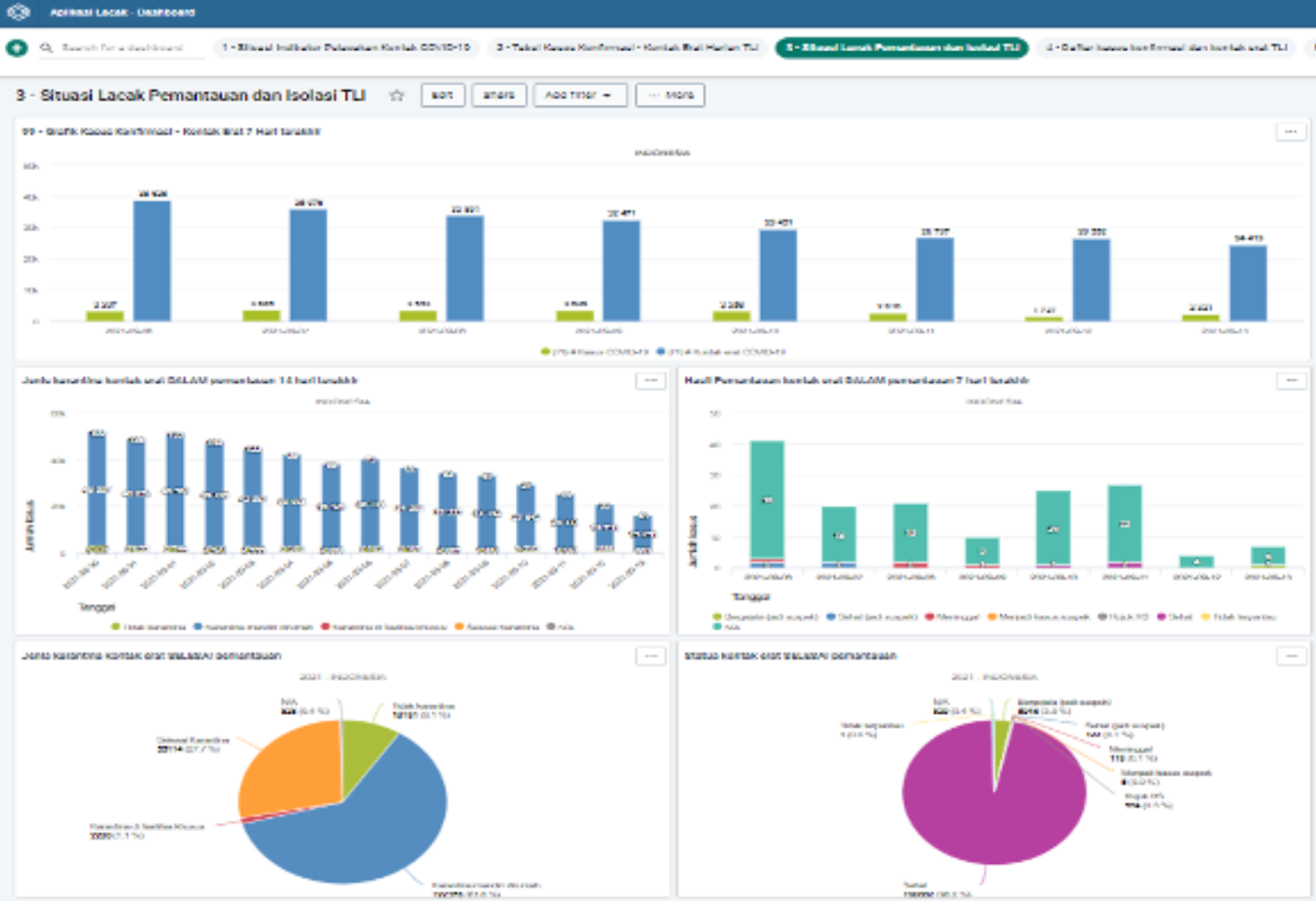 DHIS2 for integrated and effective COVID-19 contact tracing in Indonesia